Denver Should Revive Its Dedication to City Beautiful

By Maria Flora and Georgia Garnsey 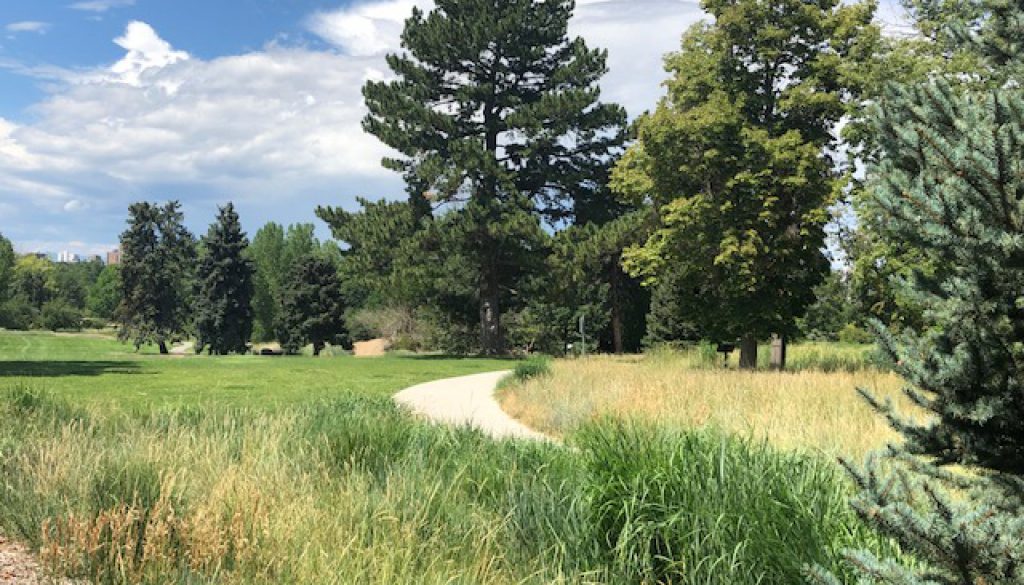 When Denver’s urban parks and parkways were designed during the City Beautiful movement of the early 1900s, their purpose was to “provide beauty, to promote mingling of people from all socio-economic backgrounds, and to endorse the principle of equality by allowing all citizens access to free open space.”

That was how former Denver Parks and Recreation managers Don and Carolyn Etter described the motivation in their book City of Parks: The Preservation of Denver’s Park and Parkway System. The authors also note that parks were historically considered a “physical embodiment” of equality of access to space and to nature and to mark “the city as a place of quality.”

Parks continue to serve this important purpose, along with additional purposes that have become more critical today than ever before. With their trees and vegetation, parks act as the lungs of the city, reducing pollution as they cool the air and combatting the overheating caused by the devastating phenomenon of climate change.

Denver’s Climate Adaptation Plan confirms what we can all feel – our city is getting hotter. The “heat island effect” (a term referring to the heat that builds up in concretized urban areas) is increasingly pronounced in Denver, especially as open space is developed into impervious surfaces such as those planned for Loretto Heights and Elitch Gardens. The new development at 9th and Colorado Boulevard is another example of increasing impervious surfaces, with concrete and asphalt and an absence of vegetation and tree canopies that could provide critical shade and cooling for the city.

The heat island effect in Denver presents increasing health and safety risks. It has the potential to result in power outages due to overtaxed cooling systems, as well as create higher levels of air pollution and ground level ozone concentrations. The outcome is adverse health effects, including difficulty breathing, shortness of breath, coughing and sore or scratchy throat and worse.

The Denver Department of Public Health and Environment (DDPHE) assigns a “heat vulnerability score” to Denver neighborhoods, which is a composite of built environment, demographics and human health. Neighborhoods in Northeast Park Hill, Clayton, Cole, Elyria/Swansea and Globeville are among the most vulnerable in the city to this environmental hazard. These neighborhoods also have high percentages of areas not under a tree canopy. For example, nearly 85 percent of the west part of Northeast Park Hill is not under a tree canopy.

In a March 2017 report, the Denver Department of Parks and Recreation recognizes that the northern (and western) neighborhoods of Denver have higher concentrations of ethnic and racial diversity, lack of car access, lowest incomes, and highest levels of obesity and chronic disease. They also have among the highest park and recreation facility demand in the city.

There are more reasons to value and preserve and expand open space throughout Denver, such as the fact that parks keep our neighborhoods and communities fit and healthy. Parks also promote mental, emotional, and social health.

There is no question that parks provide one of our best tools for mitigating the effects of climate change. “Urban parks cool and clean the air, improve and modify local wind circulations, and better regulate precipitation patterns. Well-vegetated parks mitigate the impact of the urban heat island and minimize local climate change,” according to the City Parks Forum.

All of Denver would reap the benefits of the 155 acres of green and tree-filled open space on the Park Hill Golf Course (PHGC) land, a site that is readily accessible to downtown Denverites and residents throughout the city by light rail. (The PHGC land is in the direct vicinity of the 40th and Colorado light rail station.)

The restoration of Denver as a “city within a park” is within reach if we act now. Maintaining the open space and creating a park on the PHGC land would be a huge step toward this goal. Denver does not need to sacrifice more of its precious green space to development. There are large areas of underutilized lands in the northeast section of the city, very near the PHGC site, that are much better candidates to convert to housing and other amenities the community may desire.

Leave the land for the public to enjoy. Combat climate change. Fight for the health and well-being of our most vulnerable populations. And let Denver breathe.

Maria Flora and Georgia Garnsey serve on the Health and Environment Subcommittee for SOS Denver, the organization that is working to preserve the conservation easement on the land at Park Hill Golf Course.

1 thought on “OPINION: The Case For Parks”