Please see the following letter to City Council which includes a statement by Jessica E. Jay. Jessica E Jay has been practicing land conservation law for 21 years. She represents landowners and easement holders including statewide, regional and local land trusts. 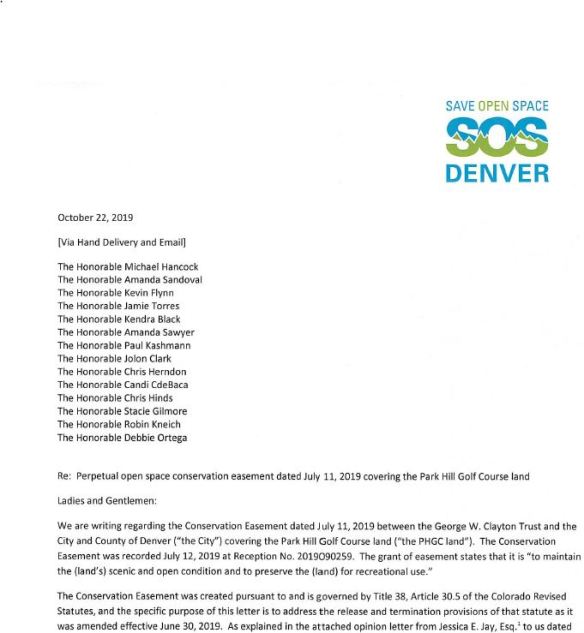 On October 22 2019 Council Women Candi CdeBaca and Deborah Otega requested from the City Attorney Kristin Bronson that she  provide City Council with an opinion letter regarding the power of the City and Westside to terminate, release, extinguish, or abandon the conservation easement in whole or in part and the legal and/or administrative role of City Council in connection with any such action regarding the conservation easement. Council needs this legal input for reasons including the fact that their constituents have expressed strong interest in the conservation easement and the fact that issues could soon arise regarding the Park Hill Golf Course land in connection with the Large Development Review process of the Community Planning and Development Department. 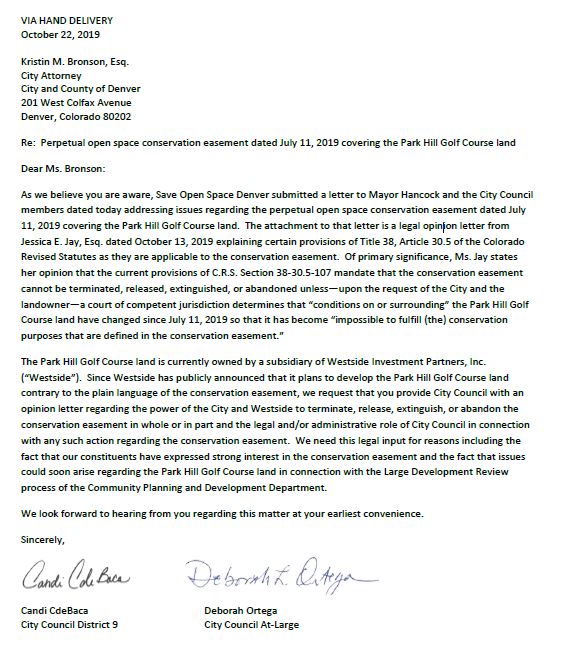 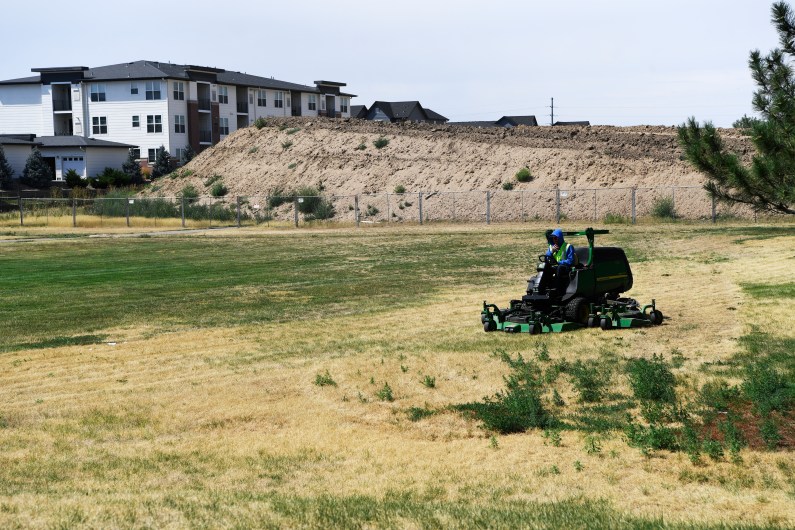 The city of Denver is ready to end the legal conflicts that have ensnared a valuable piece of property in the city’s northeast. But a proposed settlement may be just the beginning of a long and contentious political fight over the future of the Park Hill Golf Club.

The property — a rare 155-acre chunk of open space in an urbanizing city — has been through a head-spinning series of legal maneuvers over the last few years. It has been the prize for intense wrangling between its former nonprofit owner, the city government and a for-profit golf company, and the subject of a couple lawsuits.

The developer Westside Investment Partners bought the land this summer for $24 million, but it still was shadowed by legal disputes. On Tuesday, Mayor Michael Hancock’s office announced that a proposed agreement “would end litigation involving the property.”

The settlement will not allow any development on the land. Only a vote of City Council can do that. “We wanted a guarantee that Denver would have a right to provide input about the property’s future,” Hancock said in a news release.

The biggest legal questions include a lawsuit over an ongoing city flood-control project on the land. Early this year, the city took possession of about 35 acres of the course to complete the project. The parent of the former golf course operator, Arcis Golf, sued the city for damaging its business.

The new owner, Westside, took over that lawsuit. City officials wouldn’t say whether the settlement included a payment from the city to Westside, saying that the agreement wasn’t final yet.

The Park Hill Golf Course remains one of the largest expanses of open space in metro Denver… for now.Anthony Camera

Westside Investment Partners, the developer that purchased Park Hill Golf Course in July, has reached a tentative “agreement in principle” with the city that would end a lawsuit regarding Denver’s stormwater detention project on the golf course land. Neither party can disclose the full details of the agreement before it becomes official; however, Mayor Michael Hancock’s office released a statement today, October 1, emphasizing that it does not change the current land restrictions.

Despite the tentative agreement, Westside must navigate a long road before it can develop Park Hill Golf Course, which it purchased for $24 million. All 155 acres are currently subject to a conservation easement that prohibits any change to the land use. The prospect of development faces serious opposition from local advocates, who have argued that the city should uphold the conservation easement, which can only be torn apart by Denver City Council, as a way of preserving the land as open space. However, the easement, established by Wellington Webb’s administration in 1997, requires the land to remain a golf course — a use that, given the flood mitigation work going on now, looks fairly untenable.

That’s what Arcis Golf, the company that leased Park Hill Golf Course from Clayton Early Learning, originally argued when it filed the lawsuit in March, after the city seized 35 acres of the land without Arcis’s consent. Four holes were torn up for the sake of the complex and controversial Platte to Park Hill stormwater detention project, thus damaging the irrigation system and “making the operation of a full, 18-hole golf course impossible,” Arcis alleges in the complaint. The Park Hill Golf Course has since been shuttered.

FULL ARTICLE CAN BE READ HERE 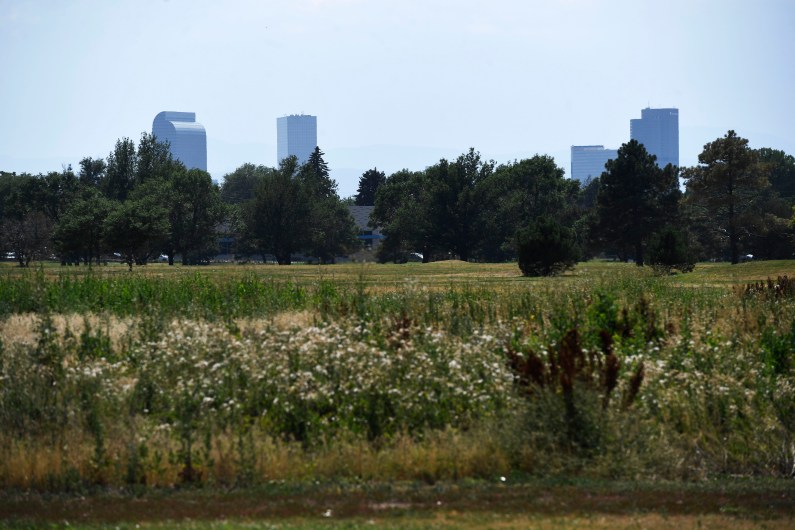 While Denver was hosting urban planners from 18 nations recently for a conference on green space, residents were launching a campaign to preserve 155 acres of open space at the Park Hill Golf Course, which was sold to a developer last month.

These Save Open Space Denver advocates say they’re fighting to ensure breathing room amid a citywide thickening of traffic, jam-packed apartments and rising heat. They’re focusing on the Park Hill land as a last relatively inexpensive chance to move toward a balance between nature and development that city leaders traditionally aspired to in the goal of making Denver “a city within a park.”

END_OF_DOCUMENT_TOKEN_TO_BE_REPLACED

What If It Were A Park?