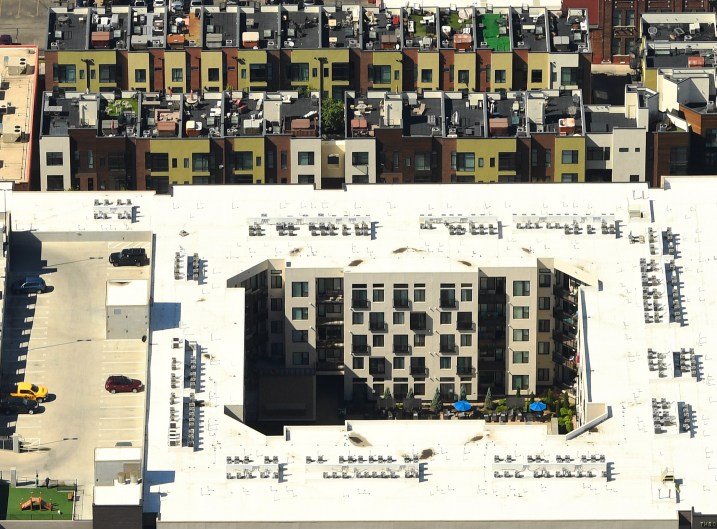 As Denver’s population surges, and developers race to meet demand, a lack of green space in the city is rankling residents. In this photo, apartment buildings north of downtown Denver are seen from the air on Sept. 25, 2018. Aerial support for photos was provided by LightHawk.

Tent-hunting at REI, Jackie Von Feldt and her friends lamented that they choke inside booming Denver and were preparing an escape.

They wanted peace, and calming views, with room to roam and starlit night coolness they could savor in silence. So they pored over an array of ultra-light shelters for a trip into Colorado’s mountain wilderness that, hopefully, wouldn’t entail too much traffic.

“You definitely have to leave the city. I wish it wasn’t like that,” said Von Feldt, who grew up in Wichita, where a carefully platted park gave residents a natural oasis.

“It just feels hectic being in the city,” she said. “You cannot get that detachment from the chaos.”

Von Feldt is caught in a green-space crunch that is hurting Americans as cities grow denser, more paved over and more crowded. Denver epitomizes this diminishment of nature in the city, a trend worldwide with 55 percent of humanity living in urban areas and a projected 2.5 billion more people on the way by 2050